I was planning to use a vector based editor in my comics making process and downloaded Inkscape. It was quite a while ago and I never got to using it. The reason was I couldn’t make it work with my Wacom tablet. The cursor moved but I couldn’t draw a line. I’ve had some experience with Illustrator and never really felt comfortable with it and it is far too expensive for a hobby that generates no income. So I was disappointed to find that I couldn’t use Inkscape because the interface looked promising.

Today I downloaded and installed version 0.48.2 without any hopes..but it works!! 🙂

Generally I think the interface gives a good overview but personally I would have prefered less colorful icons. One thing that I really like with Inkscape is the scroll bar with colorswatches and it’s easy to set a default font, Digital Strip being the one I use both for Guillaume’s Rambling Ride and Exodus from Masr. 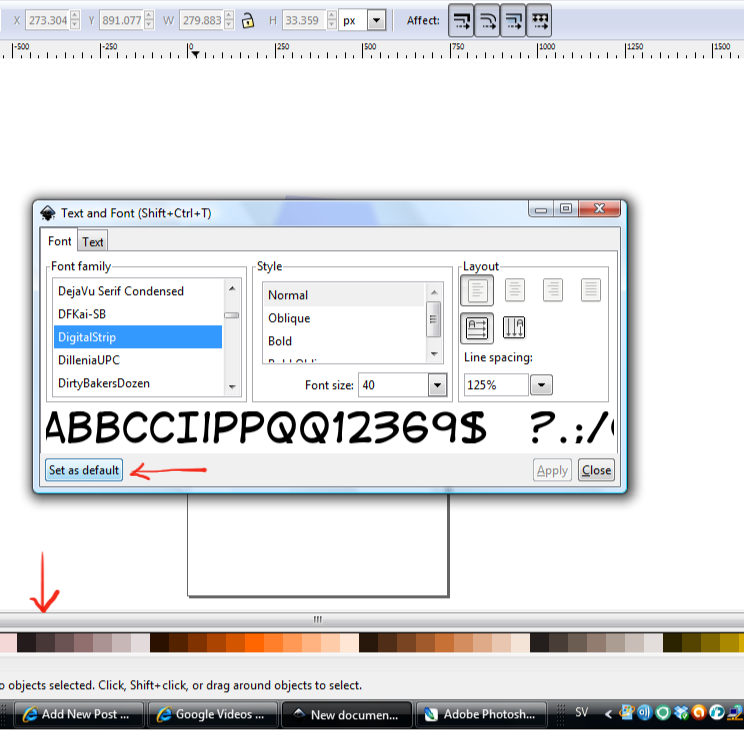 As a quick test I took a drawing and imported it into a layer. On a second layer I started to try out the tools. My favourite is the “calligraphic or brush” tool set to “brush” which I’ve used on the arms.