I read three books during 2015 that really made a difference in my inner world. I had never had any interest in the subject of economics before but Piketty’s Capital changed that. The book made the subject relevant and accessable to me.

The realization that the prosperous years after the war was an anomaly historically in Europe and that we are relapsing into the pre-war society of upstairs and downstairs felt disheartening to say the least. Piketty’s remedy of taxing the top one percent looks distant when listening to politicians in Sweden and elswhere. (Could Corbyn be an exeption?) The swedish left doesn’t seem to have read the book even. Until we can stop fortunes to be hidden away in tax havens a tax on capital will be of little use. The most important point made in the book though is the threat these fortunes are to democracy.

It also becomes clear that making information available to every one on this planet is essential for democracy.

So feeling a bit down contemplating human greed I wanted to understand Sapiens better. We have an exeptional ability to organize ourselves using memes. Most of our world is just memes we have made up: religions, money and nations. The author of “Sapiens” states that memes are based on emotions and can not always be proven right objectively. We can harbour conflicting memes at the same time.

Does this mean that there is no objective moral truth? And what makes one meme win over the other? If we can’t evaluate the meme objectively it is just a fight meme against meme. Could cannibalism win in the future? It has in the past.

What is Utopia? A world without memes?  “No hell below us
Above us only sky” Back to basics. It seems like this is what some of us dream about.
Sapiens did not make me happier. We are an ecological disaster outside Africa.

After that I needed comforting and what could be more comforting than diving into ancient history? I always had a weak spot for Sumerians and other ancient civilizations, as if our roots could give us clues to who we are and what we should become.

Debt turned out to be such a stimulating read with so many layers. It covers the history of money but also religions. It explains our relationsships in society. Marriage, slavery and a different way of understanding communism. Anthropology is not a collection of exotic masks and shrunken heads in a museum. It might be the most exiting science when coupled with economics and history. Here might be a tool to find a humane way of organizing society that actually has scientific backing. I think I will have to reread it soon. And forget about barter. Currency came first.

For absolutely no obvious reason more than that it is in my power; a painting of mine to end the post. (I think I need to work a bit more on the face. Elbow is fine) 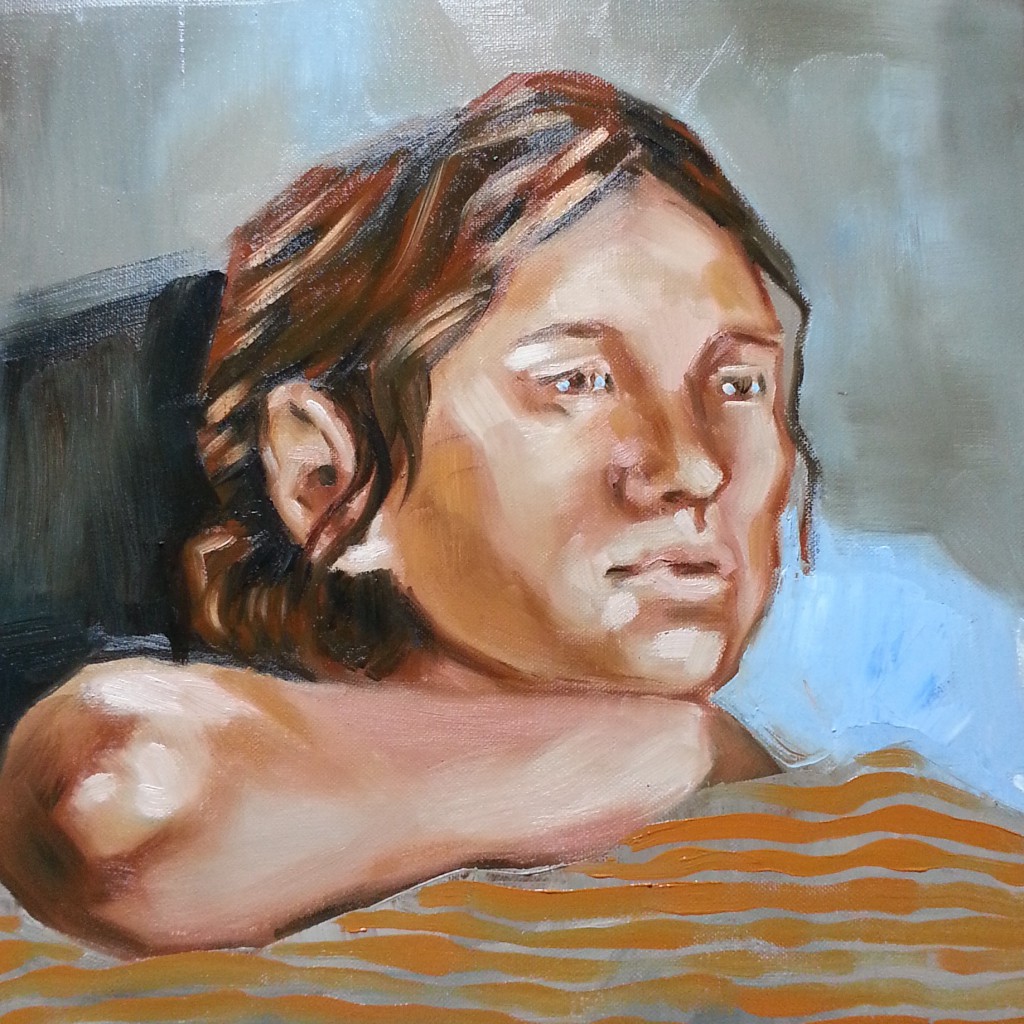 Links to the articles on wikipaedia about the books: